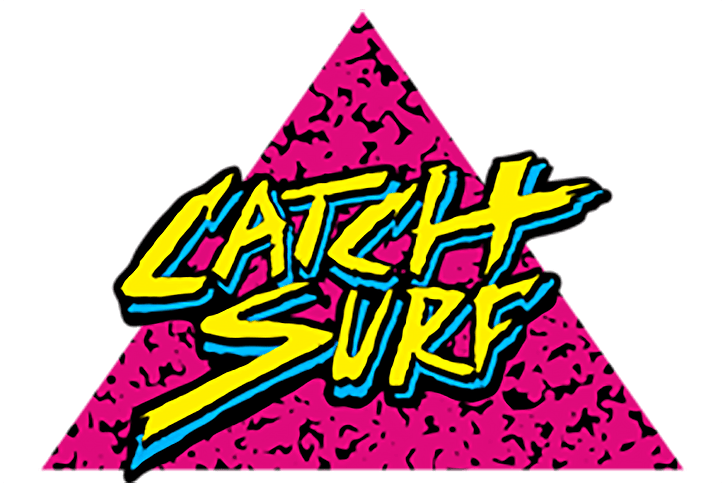 Catch Surf is the poster child of soft top surfing for the advanced rider. Having been in business since 2007 the company has taken the lead on changing the perception of soft top surfboards, with a range of brightly colored, fun, high performing boards and a team of professional surfers to show us how hard these boards can be ridden.

The beater is the ultimate funboard for small waves and shore breaks.

As the smallest surfboard in the Catch Surf range (excluding the stand up bodyboard) this board is all about playtime.

Offered as a twin or finless, either way it is incredibly loose and will have you trying things you wouldn’t even think of on another board.

If the Beater and the Stump had a baby it would be the 54 Special.

Take the pint sized fun of the Beater and use the aggressive shape and rocker of the Stump, along with a performance thruster setup.

This board is for those who are considering the Beater for those playful days, but still want the ability to rip down the line when that set wave comes through.

Honey, I shrunk the Plank.

Take the classic Plank and compress it down into a high-performance yet petite 5’0.

This board performs beyond its first impressions, and in the right hands can really be lit up.

As a high volume board, it is also perfect for getting little groms there first waves.

This is the closest you will get to a conventional shortboard competitor within the Catch Surf core range.

The skipper combines a classic fish shape, but with the high volume that the Odysea range of surfboards is known for.

Available as either a Quad or Thurster configuration, including FCS compatible fin slots.

The JOB Pro is the most aggressive board in the Catch Surf Odysea line up. This board is short and stiff with its triple stringers, but still packs a lot of volume.

With a 5 finbox setup this board is the most versatile, as it can be ridden as a quad or a thruster. High volume short boards are typically loose in the tail, so the quad option lets you gain some real carving performance.

A classic shape, plenty of boyancy, and removable fins in a thruster setup make this board super versatile. There are not many wave conditions where you won’t be able to have fun on the log.

It is easy to think about surfing as just the act of riding a wave, but there is a lot more to it. Improving your experience and skills off-wave is fundamental and should not be overlooked.

If Soft top surfboards are about having fun and not taking yourself too serious, then the Plank is the epitome of Soft Top Surfboards.

Sharing the same design as the Log, but with a classic setup down the back with a large single longboard fin.

This board is made for cruising, riding the nose, and getting lots and lots of waves.

The RNF, or Round Nosed Fish is a classic design from Lost that has been in production in various forms for over 25 years.

This board design will stoke anyone’s ego with how it performs. Plenty of volume up front makes paddling and wave catching easy, and the additional rail length from the fish tail provides extra stability in those big turns.

Why is it called the Crowd Killer? Because this is the board you want in a competitive line-up.

At 7’2 and 53 litres, you are going to be picking up waves early ahead of the crowd, yet the sharp tail rocker allows you to ride the back of the board and surf it at a performance level that is unexpected from a board of this size.

Catch Surf has a solid lineup of big name professional surfers on their team. Sure you aren’t about to see Italo Ferreira or John John Florence paddle out in a WSL line-up on a foamie. The surfers below however use the non-competitive forums of social media and video parts to remind us that the limits of these boards are with our own skill level and that surfing one of these boards is all about fun & creativity, not taking yourself too seriously.

Catch Surf not only sells the usual range of accessories and apparel, but they also have a series of Body Boards under the Odysea range.

Wave Bandit is its own surfboard brand however, you may notice a large number of similarities with the board designs. The brand is owned by Catch Surf and offers a more budget-friendly version of the classic Catch Surf shapes with minor changes such as fewer stringers and softer fins.

Incase you doubted the performance ability of these lower cost boards, check out the video below of Wave Bandit’s team member Ben Gravy.

This website uses cookies to improve your experience while you navigate through the website. Out of these cookies, the cookies that are categorized as necessary are stored on your browser as they are essential for the working of basic functionalities of the website. We also use third-party cookies that help us analyze and understand how you use this website. These cookies will be stored in your browser only with your consent. You also have the option to opt-out of these cookies. But opting out of some of these cookies may have an effect on your browsing experience.
Necessary Always Enabled
Necessary cookies are absolutely essential for the website to function properly. This category only includes cookies that ensures basic functionalities and security features of the website. These cookies do not store any personal information.
Non-necessary
Any cookies that may not be particularly necessary for the website to function and is used specifically to collect user personal data via analytics, ads, other embedded contents are termed as non-necessary cookies. It is mandatory to procure user consent prior to running these cookies on your website.
SAVE & ACCEPT